The Mueller Report: The Report on the Investigation into Russian Interference in the 2016 Presidential Election (Paperback) 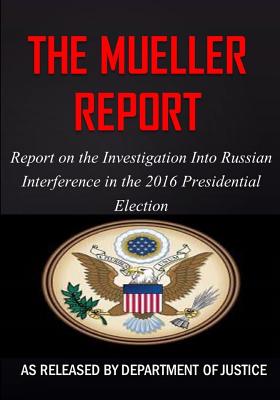 A legibility edition of Mueller's Report.

The report is divided into two parts. The first part describes the results of the Special Counsel's' investigation into Russia's interference in the 2016 and whether any Americans including individuals associated with the Trump campaing joined the Russian conspiracies to influence the election. The report outlines the Russian effort to influnce the election and docuemnts crimes committed by persons associated with the Russian government in connection with those efforts.

Last year, two spectacular books about Trump appeared: Fire and Fury by Michael Wolff and Fear by Bob Woodward reported a dysfunctional troupe at the center of power. Both authors were abused for using anonymous sources.Today one can say: one has written only one foreword, the other the prologue. For now there are e-mails and statements under oath and full name, and there is this work: Report On The Investigation Of Russian Interference In The 2016 Presidential Election, Trump's True History. In short: what a bunch of dilettantes. And what abysses.