The Faces of Krampus (Paperback) 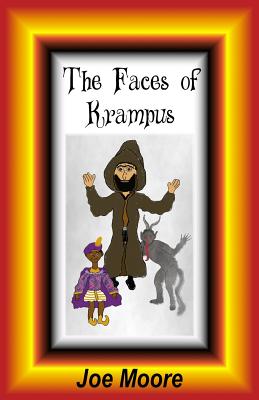 The Faces of Krampus (Paperback)

Faces of Krampus - Award: "Award Finalist in the Holidays category of the 2018 American Fiction Awards"

Angels, demons, elves, Santa Claus, flying horses, and other fantastic beings are all part of the North Pole and this book. The Faces of Krampus is based on the goings on of Black Peter and Santa Claus on the 5th of December. While much of the focus in December is toward Christmas, Santa also participates in the honoring and celebration of his relative St. Nicholas. That night Santa visits the good children of Europe bringing treats and goodies on his flying horse. But sometimes children are not behaving as they should.

Meet the bringer of punishments to naughty children. They call him by many names: Black Peter, Krampus, Pelznickel, Knecht Ruprecht, Hanstrapp, Black Pit, and more. But they all refer to the same person, the enforcer of St. Nicholas. A simple chimney sweep who was bullied and mistreated by others becomes the most feared being of winter.

But he has a problem of his own when the devil and his demon muscle in on Krampus' territory. Now the harbinger to naughty children must become the protector of those same children. And he is going to need help from on high to face the devil.