Modern Physics and Other Tales (Hardcover) 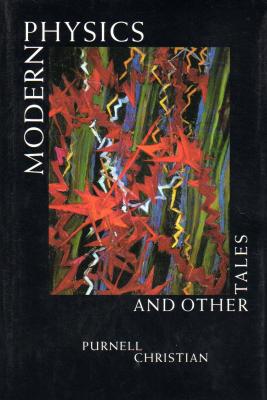 Modern Physics and Other Tales (Hardcover)


On Our Shelves Now
A failed sculptor creates his final masterpiece, a hanging mobile that stuns and amazes his patron, and the reader. A quiet middle class guy puttering in the garage finds himself, in an unguarded existential moment, transformed into a savage murderer. An unemployed punk kills the neighbor's dog, but the dog refuses to die. A Vietnam vet recreates the war in his basement, a divorced real estate salesman meets a violent end at the Quick Trip, a slice show in the board room of a huge corporation turns amazingly truthful....

In the final analysis, this startling literary debut pushes the best of Bukowski to the limit and passes, finally, into a haunting, seamy and funny world that is recognizable as America at the end of the century. These tales by Purnell Christian hearken back to old-fashioned story telling, and crash forward into a form that is scary and funny and dangerous.