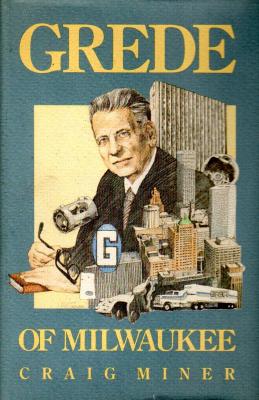 
This book may be unavailable. Please call us for price & availability: (316) 682-1181.
Wm. J. Grede was one of a great American breed. As an industrialist, Grede built one of the largest independent foundry operations in the country. But he was, simultaneously, a supreme business strategist, an entrepreneur with a strongly intellectual cast, and a forthright spokesman for the upsurge in conservative American thought.

Craig Miner, whose reputation as a business historian is growing with each new work he produces, has created a deep study of Grede's life and the development of his philosophy. Grede associated himself with some genuine extremists in his time, but he remained, nonetheless, an articulate, thoughtful, and honest man with a keen eye for the practical, and a redeeming sense of humor.