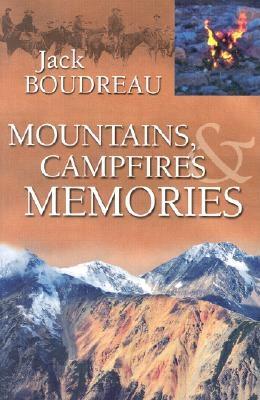 
This book may be unavailable. Please call us for price & availability: (316) 682-1181.
Champion of the backwoods, Jack Boudreau entertains with more stories from the wilds of British Columbia. Concentrating on the post-Second World War years, Jack tells us of how men survived, flourished and perished in the northern bush.

In this—his third best-seller—Jack tells us of adventures gone awry, bizarre encounters with creatures of the woods, and the results of friendships gone sour. When men went missing, or furs were stolen, it was often up to the local police officer or game warden to don his hunting gear to track down the hunter or the hunted. "All in a day's work," was their motto.
Jack Boudreau was born in the small community of Penny, BC. He has devoted his professional life to British Columbia's forest industry working as a licensed scaler, industrial first-aid attendant and forest fire fighter mostly with the Ministry of Forests. From early childhood he has been an avid lover of the outdoors. He is a mountain climber, fisher and skier. Boudreau is the author of five bestsellers - 'Sternwheelers and Canyon Cats, Crazy Man's Creek, Grizzly Bear Mountain, Wilderness Dreams' and 'Mountains, Campfires and Memories'. He now lives in Prince George, BC, where he spends his time writing about the early settlers and homesteaders of BC.