Water at the Roots: Poems and Insights of a Visionary Farmer (Paperback) 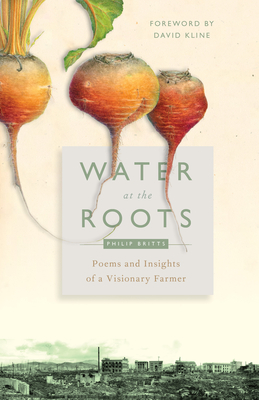 In a society uprooted by two world wars, industrialization, and dehumanizing technology, a revolutionary farmer turns to poetry to reconnect his people to the land and one another. A farmer, poet, activist, pastor, and mystic, Britts (1917-1949) has been called a British Wendell Berry. His story is no romantic agrarian elegy, but a life lived in the thick of history. As his country plunged headlong into World War II, he joined an international pacifist community, the Bruderhof, and was soon forced to leave Europe for South America. Amidst these great upheavals, his response - to root himself in faith, to dedicate himself to building community, to restore the land he farmed, and to use his gift with words to turn people from their madness - speaks forcefully into our time. In an age still wracked by racism, nationalism, materialism, and ecological devastation, the life he chose and the poetry he composed remain a prophetic challenge.