Fathoming the Cosmos and Ordering the World: The Yijing (I Ching, or Classic of Changes) and Its Evolution in China (Richard Lectures) (Paperback) 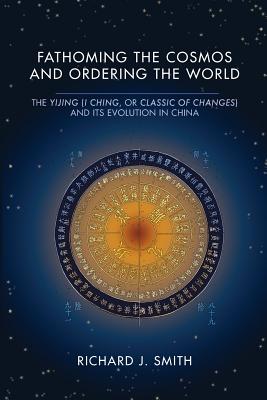 Fathoming the Cosmos and Ordering the World: The Yijing (I Ching, or Classic of Changes) and Its Evolution in China (Richard Lectures) (Paperback)

Fathoming the Cosmos and Ordering the World is the first full-length study in any Western language of the development of the Yijing in China from earliest times to the present. Drawing on the most recent scholarship in both Asian and Western languages, Richard J. Smith offers a fresh perspective on virtually every aspect of Yijing theory and practice for some three thousand years. Smith introduces the reader to the major works, debates, and schools of interpretation surrounding this ancient text, and he shows not only how the Book of Changes was used in China as a book of divination but also how it served as a source of philosophical, psychological, literary, and artistic inspiration.

Among its major contributions, this study reveals with many vivid examples the richness, diversity, vitality, and complexity of traditional Chinese thought. In the process, it deconstructs a number of time-honored interpretive binaries that have adversely affected our understanding of the Yijing--most notably the sharp distinction between the "school of images and numbers" (xiangshu) and the "school of meanings and principles" (yili). The book also demonstrates that, contrary to prevailing opinion among Western scholars, the rise of "evidential research" (kaozheng xue) in late imperial China did not necessarily mean the decline of Chinese cosmology. Smith's study reveals a far more nuanced intellectual outlook on the part of even the most dedicated kaozheng scholars, as well as the remarkable persistence of Chinese "correlative" thinking to this very day. Finally, by exploring the fascinating modern history of the Yijing, Fathoming the Cosmos and Ordering the World attests to the tenacity, flexibility, and continuing relevance of this most remarkable Chinese classic.

Richard J. Smith is George and Nancy Rupp Professor of Humanities and Professor of History at Rice University. He is author, coauthor, or coeditor of a dozen scholarly books, including China's Cultural Heritage: The Qing Dynasty, 1644-1912 and Cosmology, Ontology, and Human Efficacy: Essays in Chinese Thought.