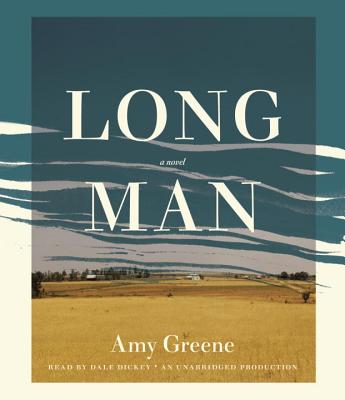 From the critically acclaimed author of "Bloodroot, " a gripping, wondrously evocative novel of a family in turmoil, set against the backdrop of real-life historical event the story of three days in the summer of 1936, as a government-built dam is about to flood an Appalachian town, and a little girl goes missing.
A river called Long Man has coursed through East Tennessee from time immemorial, bringing sustenance to the people who farm along its banks and who trade among its small towns. But as "Long Man" opens, the Tennessee Valley Authority's plans to dam the river and flood the town of Yuneetah for the sake of progress to bring electricity and jobs to the region are about to take effect. Just a few days remain before the river will rise, and most of the town has been evacuated. Among the holdouts is a young, headstrong mother, Annie Clyde Dodson, whose ancestors have lived for generations on her mountaintop farm; she ll do anything to ensure that her three-year-old daughter, Gracie, will inherit the family's land. But her husband wants to make a fresh start in Michigan, where he's found work that will bring the family a more secure future. As the deadline looms, a storm as powerful as the emotions between them rages outside their door. Suddenly they realize that Gracie is nowhere to be found. Has the little girl simply wandered off into the rain? Or has she been taken by Amos, the mysterious drifter who has come back to Yuneetah, perhaps to save his hometown in a last, desperate act of violence?
Suspenseful, visceral, gorgeously told, "Long Man" is a searing portrait of a tight-knit community brought together by change and crisis, and of one family facing a terrifying ticking clock. A novel set in history that resonates with our own times, it is a dazzling and unforgettable tour de force.

AMY GREENE is the author of the national best seller"Bloodroot."She was born and raised in the foothills of East Tennessee's Smoky Mountains, where she lives with her husband and two children."

“Aching, passionate, vivid . . . Greene seems ideally suited to tell this story, to take a slice of Appalachian history and render it as literature. She has the necessary gifts and knows these characters well, inside and out . . . The plot is simple but rich, and provides great suspense. Long Man carries the weight of tragedy, but in Greene’s hands it does not feel excessively tragic . . . Powerful.” —Daniel Woodrell, The New York Times Book Review

“The plot of Long Man—the search for a missing girl—is compelling. Nevertheless, it would be a mistake to view the novel as simply a cinematic race against the clock. Greene has crafted a story that forces us to examine our relationship with nature, our understanding of community and, significantly, of social class. The residents of Yuneetah are impoverished and poorly educated. Their daily lives are simple and hardworking. In other words, they are just the kind of people our culture casts aside. This novel, written during the years of a more recent economic crisis, lends this Depression-era story a moral and ethical vibrancy that we should all pay attention to.” —Jeffrey Condran, Pittsburgh Post-Gazette

“An unusually poetic literary thriller—an Appalachian version of The World Without Us. Greene focuses this intense novel on one mother who has refused to move [from] her 40 acres. That futile devotion to a hallowed place and a primitive way of life provides the story’s mournful base melody . . . But soon that fear of loss is submerged in a much deeper one: all the energy Annie put into saving her farm immediately triples into finding her daughter. In these searing pages, it’s impossible not to feel the anguish in this mother’s rage . . . As the rain falls and the river rises, the potential here for melodrama is high. But Greene is too fine a writer for that. As she works in the stylistic territory of Bonnie Jo Campbell and Ron Rash, her sentences seem to rise up from the soil of this harsh, beautiful land. She gives voice to alluring characters, [and to] the aching desires of unsophisticated people who possess a complex, profound understanding of themselves and their doomed way of life. An engrossing blend of raw tension and gorgeous reflection.” —Ron Charles, The Washington Post

“Set in 1936 as the Tennessee Valley Authority floods a mountain valley to bring electricity to the region, a young mother must confront leaving the place she knows and an uncertain future as her family land slips beneath the new lake. When her 3-year-old daughter goes missing, a divided community must come together and race the rising waters to find the child before it’s too late. Greene is regarded as one of the best young chroniclers of contemporary Appalachia . . . Long Man dramatizes historical events that are still controversial today and raises issues that will resonate strongly with contemporary mountain communities.” —Rich Rennicks, Mountain Xpress

“Long Man reads like a painting—the kind that unravels from a scroll, with a landscape that moves through space and time . . . Greene masterfully captures the stories of [Yuneetah’s] holdouts, but even in this desolate setting, there is still beauty that Greene, born and raised in East Tennessee, evokes with the simplest strokes . . . Her prose is sinuous, but clear, and completely devastating.” —Anna Lee, The Greenville News

“An instant classic . . . A tour de force of time and place, people and culture . . . Long Man is a visceral novel that evokes a sense of time and place and of the people who both define and are defined by that setting. Beautifully written in spare prose nevertheless creating a richly textured narrative that lingers in the mind long after the last page is turned.” —D. R. Meredith, New York Journal of Books

“An eloquent and powerful historical novel that explores timeless themes of greed and displacement.” —Largehearted Boy

“Unemployment and rising water levels get even worse in Depression-era Tennessee. Greene sets her novel during three days of the summer of 1936, as the government plans to dam the state’s Long Man River, bringing jobs and electricity to the region but also flooding the tiny town of Yuneetah. Just when the town’s evacuating residents think they’ve hit rock bottom, a 3-year-old child disappears. A tense tale of the sacrifices people make in the name of progress.” —Billy Heller, New York Post

“Richly told . . . As the crisis plays out, the complex web of feeling among the characters is revealed—a mix of desire, grief, unexpressed love, and longstanding resentment, all set against a collective grief created by the looming man-made apocalypse. The story is genuinely thrilling, full of tension and unexpected turns, but the true power of Long Man lies in Greene’s striking depictions of people and place. The characters—old wise woman, grotesque outcast, strong-willed farm wife, kindly sheriff—are types familiar from countless stories of the rural South, but in Greene’s hands they become passionate, vulnerable human beings buffeted by powers they can’t hope to oppose, much less defeat. Greene’s gift for conveying a sense of the living environment these people inhabit—an environment that has utterly shaped them and that is soon to be erased forever—gives the story vibrant life. There’s nothing abstract about the grief here. The characters are mourning the flesh and blood of their mother ground. Long Man is ultimately a story about the powerful robbing the powerless of something precious, but Greene’s approach is not sentimental . . . The novel grapples with real questions about our relationship to nature and the price of progress, even as it delivers a story as touching and timeless as a folk tale.” —Maria Browning, Chapter16

“Taut, shimmering, dramatic . . . A realistic, historically accurate portrait of a doomed community during the summer of 1936—a story about a land grab of epic proportions [and] a handful of characters facing the end of their 150-year-old way of life . . . But the real story here is the clash between tradition and the sweeping changes that promise a better life. The old ways, Greene tells us, can be both comfort and trap, curse or blessing, and she looks at both sides with sensitivity and understanding . . . In language as unadorned and lovely as a country quilt, Greene invites the reader deeply into the seclusion of the valley and the mountains above. A remarkable love letter to a forgotten time and place . . . Luminous.” —Gina Webb, The Atlanta Journal-Constitution

“This story of love, loyalty, and often-complex relationships had us hooked from the first page to the last.” —Patricia Shannon, Southern Living

“Haunting . . . Long Man revisits blue-collar Appalachia with the same lyricism Greene brought to her magnificent first novel, Bloodroot . . . With searing eloquence, she seems to channel the frustrations of generations of rural poor in this stark indictment of a government hell-bent on destroying a long-standing community. Her stunning insight into a proud and insular people is voiced with cold clarity and burning anger.” —Joanne Wilkinson, Booklist (starred review)

“Exquisite . . . Greene’s prose is as mesmerizing as the story she weaves. Readers will never forget this vividly drawn landscape, the journeys of those who hold tight to this remarkable place in America even as it disappears before their eyes. Long Man is a novel about redemption and resurrection and love in all its forms. Its breathtaking suspense and images will haunt me forever.” —Jill McCorkle, author of Life After Life

“Harrowing, riveting . . . The Tennessee Valley Authority was designed to help modernize the state during the Great Depression, but [it] only spells destruction for the town of Yuneetah. Greene’s excellent second novel focuses on the holdouts who refuse to leave, chief among them a husband and wife [whose] 3-year-old daughter goes missing. The lead suspect in her disappearance is a one-eyed Yuneetah native who’s spent much of his life as a drifter connected to violent protests against [the] government. Greene’s [prose] is sinuous and tonally mythic; Gracie’s disappearance, alongside Amos’ cat-and-mouse game with authorities, gives the novel a welcome propulsion. Long Man fully inhabits the ironies inherent in destroying a place in the name of progress . . . A smart and moody historical novel that evokes the best widescreen Southern literature.” —Kirkus (starred review)

“Unforgettable. Like a classical myth, Greene’s second novel, set in the summer of 1936, transforms a period of cataclysmic history into a gorgeous, tragic tale filled with heroes and heroines . . . Greene’s enormous talent animates the voices and landscape of East Tennessee so vividly, and creates such exquisite tension, that the reader is left devastated.” —Publishers Weekly (starred review)

“Equal parts mystery, family saga and backwoods romance, Long Man captures the collision of hardscrabble folk with the unstoppable modern world. Amy Greene’s novel of the Tennessee Valley Authority has a little bit of everything, and is always rich and absorbing.” —Stewart O’Nan, author of A Prayer for the Dying and Emily, Alone

“A gem. Long Man is so palpably real that I feel I’ve spent the last few days actually living in Greene’s corner of Depression-era Tennessee. Only a handful of writers can bring a place to life with this much texture, and bring characters to life in such a visceral manner. These people and this place will live on in my imagination for the rest of my life. Greene is a special writer, and Long Man is a special book—a beautiful piece of work. How I long for more novels like hers.” —Steve Yarbrough, author of Prisoners of War and The Realm of Last Chances