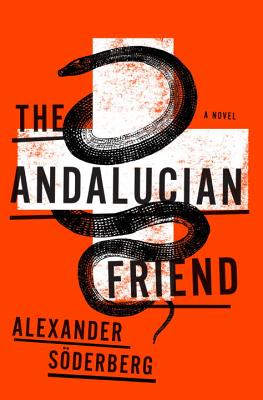 A Monumental International Crime Thriller That Brad Thor Calls ""The Girl with the Dragon Tattoo" meets "The Sopranos.""
Enemies Are Everywhere
When Sophie Brinkmann--nurse, widow, single mother--meets Hector Guzman, her life is uneventful. She likes his quiet charm and easy smile; she likes the way he welcomes her into his family. She quickly learns, though, that his smooth faCade masks something much more sinister.
Guzman is the head of a powerful international crime ring with a reach into drugs and weapons that extends from Europe to South America. His interests are under siege by a ruthless German syndicate who will stop at nothing to stake their claim. But the Guzmans are fighters and will go to war to protect what's rightfully theirs. The conflict quickly escalates to become a deadly turf war between the rival organizations that includes an itinerant arms dealer, a deeply disturbed detective, a vicious hit man, and a wily police chief. Sophie, too, is unwittingly caught in the middle. She must summon everything within her to navigate this intricate web of moral ambiguity, deadly obsession, and craven gamesmanship.
"The Andalucian Friend" is a powerhouse of a novel--turbo-charged, action-packed, highly sophisticated, and epic in scope--and announces Alexander SOderberg as the most exciting new voice in thrillers in a generation.

Alexander SOderberg has worked as a television screenwriter and lives in the countryside in the south of Sweden with his wife and children. "The Andalucian Friend" is his first novel.

“[A] tense, accomplished debut. . . . Complex but swift, well-written and often grisly. . . . There are enough aspects left unresolved to look forward to at least two more books of deadly peril, with new danger at every turn.” —The Wall Street Journal

“Takes up Stieg Larsson’s mantle in icy, brutal style. . . . This adrenalized debut leads you into a European drug ring and introduces an unlikely heroine who’s caught in the crossfire.” —Entertainment Weekly

“An enjoyably offbeat thriller about rival gangs fighting over an international drug-smuggling route. . . . [Söderberg] writes with feeling about the crushing psychological stress felt by both cops and criminals.”—The New York Times Book Review

“A timely thriller [that] adds some gritty saturated color to the minimal black-and-white palette of Nordic noir. . . . Intriguing.” —Mystery Scene

“Imagine The Girl with the Dragon Tattoo meets The Sopranos, then crank up the intrigue and rip off the knob.  Alexander Söderberg has penned an awesome thriller you won't want to miss.” —Brad Thor, #1 New York Times bestselling author of Black List

“One of the many wonderful things about Alexander Söderberg's novel, The Andalucian Friend, is how it upsets our expectations.  His cops act like gangsters, while his gangsters (some of them) attain a startling sort of nobility.  Söderberg has created an entertaining, engaging, and wonderfully bloody-minded world.  He’s a great storyteller.  It’s that simple.” —Scott Smith, author of The Ruins

“The international cast is packed with compelling bad guys, the plot is intricate and urgent, and the dialogue is tense and true and sometimes even funny. A joy-ride of a read.” —Chris Pavone, author of The Expats

"Get ready for another round of hype in which one more heavily promoted Scandinavian thriller will be touted as 'the next Girl with the Dragon Tattoo.' It’s a shame, really, because this gripping crime novel, the first in a trilogy, deserves to stand completely on its own. Yes, it’s set largely in Stockholm, and, yes, it stars a woman of remarkable strength and resiliency, but Soderberg, a veteran screenwriter, is a very different kind of writer than investigative journalist Larsson; this novel is much faster paced than Dragon Tattoo, and while the multiple characters are richly complex, the narrative rumbles ever forward without Larsson’s emphasis on backstory and research techniques. When we first meet Sophie Brinkman, an unassuming nurse and single mother, she seems the polar opposite of Lisbeth Salander. That changes slowly but inexorably after Sophie gets to know one of her patients, the suave Hector Guzman, a charming family man but also—as Sophie eventually discovers—the head of an international crime ring. (Comparisons to the Corleone family are also inevitable and not entirely unjustified.) Soon enough, Sophie finds herself in the middle of a gang war as Guzman’s family battles a rival Russian contingent. Throw in a gaggle of rogue cops and Sophie’s old boyfriend, who turns up out of nowhere with a history of his own, and you have a multistranded plot that holds together as exquisitely as finely wound silk. But, as with the Larsson trilogy, it’s the woman at the center who sparks the engine. By novel’s end, Sophie has realized that 'she was bigger than she had dared to see.' We see it, too, and are ready to follow her anywhere." —Booklist (starred review)

“A tale of cutthroat mob bosses. . . . Söderberg writes exceptionally well-drawn and sympathetic characters . . . and has the chops to move a story along with the best of them.”—BookPage