The Providence of Fire: Chronicle of the Unhewn Throne, Book II (Hardcover) 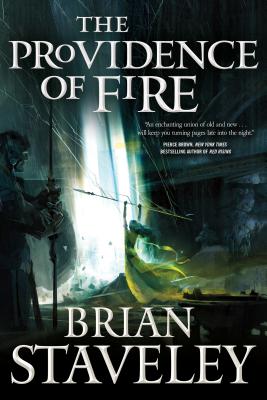 Brian Staveley's The Providence of Fire, the second novel in the Chronicle of the Unhewn Throne, a gripping new epic fantasy series.

Brian Staveley has an MA in Creative Writing from Boston University. He works as an editor for Antilever Press, and has published poetry and essays, both in print and on-line. He is the author of The Emperor's Blades.

“A stunning follow-up… Most definitely recommended.” —Beauty in Ruins

“Loved every second of it … a full, immersive, magical, and exciting world, with characters to match.” —Fantasy Faction, 10/10 stars