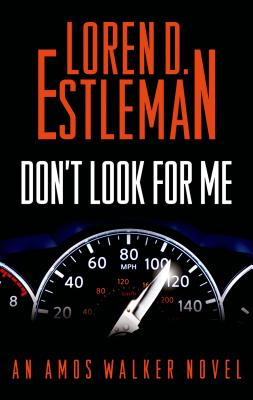 By Loren D. Estleman
Email or call for price
Out of Print, and unable to order.

This is book number 23 in the Amos Walker Novels series.

Amos Walker doesn't mean to walk into trouble. But sometimes it finds him, regardless. The missing woman has left a handwritten note that said, "Don't look for me." Any P.I. would take that as a challenge, especially when he found out that she'd left the same message once before, when having an illicit affair.

But this time it's different. The trail leads Walker to an herbal remedies store, where the beautiful young clerk knows nothing about the dead body in the basement…or about any illegal activity that might be connected to the corpse. She is, however, interested in Walker's body, and he discovers he's interested in hers as well.

Who—or what—could be so viciously murderous? Walker has few clues, and knows only that with every new murder he is no closer to solving the case. When he finally gets a break, he recognizes the silken, deadly hand of a nemesis who nearly killed him twice before…and this time may finish the job.
In Loren D. Estleman's Don't Look For Me, Amos Walker's up to his neck in dames, drugs…and murder, again