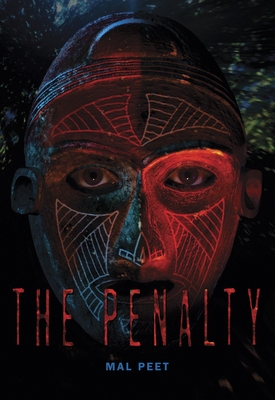 
This book may be unavailable. Please call us for price & availability: (316) 682-1181.
From the award-winning author of Tamar, a time-shifting thriller about a vanishing soccer star, occult secrets, and the dark history of slavery.

As the city of San Juan pulses to summer’s sluggish beat, its teenage soccer prodigy, El Brujito, the Little Magician, vanishes without a trace — right after he misses a penalty kick and loses a big game for his team. Paul Faustino, South America’s top sports reporter, is reluctantly drawn into the mystery of the athlete’s disappearance. As a story of corruption and murder unfolds, Faustino is forced to confront the bitter history of slavery and the power of the occult. A deftly woven mystery flush with soccer and suspense, this gripping novel is a thrilling read not to be missed.
Mal Peet (1947–2015) is the acclaimed author of the Carnegie Medal–winning novel Tamar as well as the Boston Globe–Horn Book Honor Book Life: An Exploded Diagram and three Paul Faustino novels: Keeper, The Penalty, and Exposure, a winner of the Guardian Children’s Fiction Prize. He is also the co-author of Cloud Tea Monkeys, Mysterious Traveler, and Night Sky Dragons, all of which he wrote with his wife, Elspeth Graham.
Stunning, original and compelling.
—Kirkus Reviews (starred review)