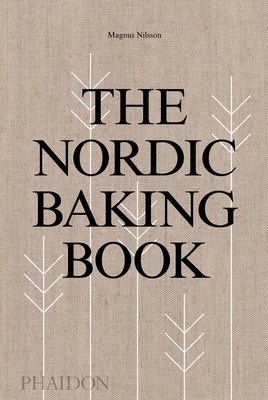 The acclaimed chef featured in the Emmy-Award winning US PBS series The Mind of a Chef and the Netflix docuseries Chef's Table explores the rich baking tradition of the Nordic region, with 450 tempting recipes for home bakers

Nordic culture is renowned for its love of baking and baked goods: hot coffee is paired with cinnamon buns spiced with cardamom, and cold winter nights are made cozier with the warmth of the oven. No one is better equipped to explore this subject than acclaimed chef Magnus Nilsson. In The Nordic Baking Book, Nilsson delves into all aspects of Nordic home baking - modern and traditional, sweet and savory - with recipes for everything from breads and pastries to cakes, cookies, and holiday treats.

No other book on Nordic baking is as comprehensive and informative. Nilsson travelled extensively throughout the Nordic region - Denmark, the Faroe Islands, Finland, Greenland, Iceland, Norway, and Sweden - collecting recipes and documenting the landscape. The 100 photographs in the book have been shot by Nilsson – now an established photographer, following his successful exhibitions in the US.

From the pubisher of Nilsson's influential and internationally bestselling Fäviken and The Nordic Cookbook.

Magnus Nilsson is head chef of Fäviken Magasinet restaurant in Sweden. After training as a chef and sommelier in Sweden he worked with Pascal Barbot of L'Astrance in Paris before joining Fäviken as sommelier. Within a year he was running the restaurant. Magnus features in the Emmy-Award winning US PBS series The Mind of a Chef and the Netflix docuseries Chef's Table. In 2015 he won the White Guide Global Gastronomy Award.

'Is just the tome for those who have serious ambitions for their butter and flour.' - New York Times

'A 576-page celebration of the Nordic countries' home-baking culture... Baking up a storm? It's never been this sweet - or savoury, if you prefer.' - GQ

'Magnus Nilsson's The Nordic Baking Book is a bible for bakers... The Swedish chef captures the heart of baking culture across Scandinavia.' - Wall Street Journal Magazine

'Get inspiration [...] from Swedish uberchef Magnus Nilsson, who releases The Nordic Baking Book with more than 500 pages of recipes full of warming spices and hygge-making confectionary.' - Sunday Times