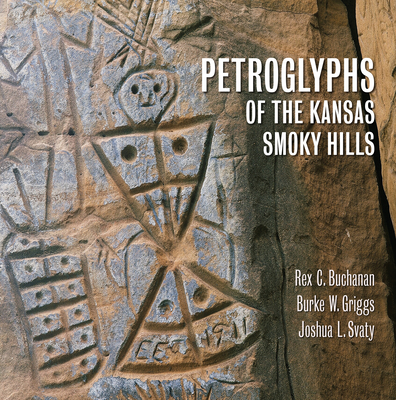 Long before the coming of Euro-Americans, native inhabitants of what is now Kansas left their mark on the land: carvings in the soft orange and red sandstone of the state&fsquo;s Smoky Hills. Though noted by early settlers, these carvings are little known--and, largely found on private property today, they are now rarely seen. In a series of photographs, Petroglyphs of the Kansas Smoky Hills offers viewers a chance to read the story that these carvings tell of the region's first people--and to appreciate an important feature of Kansas history and its landscape that is increasingly threatened by erosion and vandalism. To establish the context critical to understanding these petroglyphs, the book includes a number of photographs for each of fourteen sites in central Kansas, highlighting individual carvings but also the groups and settings in which they occur. An introduction and captions, while respecting the privacy of landowners and the fragility of the carvings, document what is known of the petroglyphs, how and when they were made, and what they can tell us of the early people of Kansas.