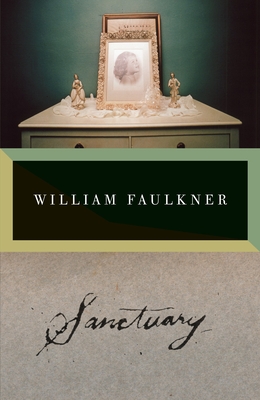 A powerful novel examining the nature of evil, informed by the works of T. S. Eliot and Freud, mythology, local lore, and hardboiled detective fiction. Sanctuary is the dark, at times brutal, story of the kidnapping of Mississippi debutante Temple Drake, who introduces her own form of venality into the Memphis underworld where she is being held.

William Faulkner, one of the greatest writers of the twentieth century, was born in New Albany, Mississippi, on September 25, 1897. He published his first book, The Marble Faun, in 1924, but it is as a literary chronicler of life in the Deep South—particularly in the fictional Yoknapatawpha County, the setting for several of his novels—that he is most highly regarded. In such novels as The Sound and the Fury, As I Lay Dying, Light in August, and Absalom, Absalom! he explored the full range of post–Civil War Southern life, focusing both on the personal histories of his characters and on the moral uncertainties of an increasingly dissolute society. In combining the use of symbolism with a stream-of-consciousness technique, he created a new approach to fiction writing. In 1949 he was awarded the Nobel Prize for Literature. William Faulkner died in Byhalia, Mississippi, on July 6, 1962.