The Cleaner of Chartres (Hardcover) 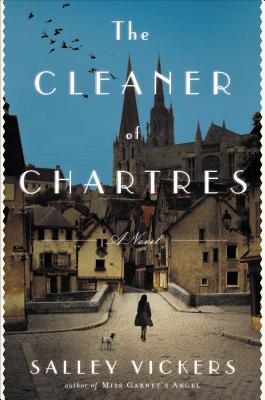 By Salley Vickers
$29.65
Out of Print - Contact us to order used copies.

From the author of "Miss Garnet's Angel," a story of the redemptive power of love and community in the famous French cathedral town
There is something very special about Agnes Morel. A quiet presence in the small French town of Chartres, she can be found cleaning the famed medieval cathedral each morning and doing odd jobs for the townspeople. No one knows where she came from or why. Not Abbe Paul, who discovered her one morning twenty years ago, sleeping on the north porch, and not Alain Fleury, the irreverent young restorer who works alongside her each day and whose attention she catches with her tawny eyes and elusive manner. She has transformed each of their lives in her own subtle way, yet no one suspects the dark secret Agnes is hiding.
When an accidental encounter dredges up a series of tragic incidents from Agnes's youth, the nasty meddling of town gossips threatens to upend the woman's simple, peaceful life. Her story reveals a terrible loss, a case of mistaken identity, and a cruel and violent act that haunts her past. Agnes wrestles with her own sense of guilt and enduring heartbreak while the citizens piece together the truth about her life.

“Salley Vickers has created in Agnès Morel a heroine for whom we passionately want the best, even as we fear the worst…Agnès’s life is full of surprising complications. Watching Vickers conjure her large cast of characters and make her way through these is, from first to last, a huge pleasure.”—Margot Livesey, author of The Flight of Gemma Hardy

“There’s a timelessness about The Cleaner of Chartres…Vickers draws on an intimate understanding of human behavior.”—The Bookseller

“Vickers, who had an international hit with Miss Garnet’s Angel, writes with a sense of hopeful healing.”—Library Journal

“With a deft hand, Vickers shows us the layers of human need—to be loved, accepted, and believed—and wraps it in a structure as intricate as the cathedral itself.”—Booklist

“[Vickers] does an exemplary job of exploring themes of loss and healing while ending the novel on a hopeful note…. The evocative setting adds a timeless quality to this narrative, and Vickers reminds us that the past cannot remain entirely in the past.”—Library Journal

“Salley Vickers is a novelist whose imaginative journey always promises magic and mystery. The Cleaner of Chartres shows her on top form in a rich weave of loss and redemption spiked with Ms. Vickers' irrepressible wit."—Robert McCrum, The Observer (UK)

“The Cleaner of Chartres by Salley Vickers is a subtle and ultimately joyous meditation on the nature of sin. The fairy-tale elements of Vickers’s novel are delicately layered into a contemporary moral and psychological drama every bit as absorbing as her Miss Garnet’s Angel.”—Elizabeth Buchan, The Sunday Times (UK)

“With its subtle combination of explorations of faith and love, The Cleaner of Chartres is something of a return to the terrain of Vickers’s first novel…Miss Garnet’s Angel…Each character is drawn with skillful precision.”—The Independent (UK)

Praise for Salley Vickers:
"Vickers has taken myth, religion, and secular humanism, and turned them into substantial life-affirming fiction." —The Philadelphia Inquirer
"A heartbreaking novel and, yes, a love story. If you enjoy the work of Marilynne Robinson, Penelope Fitzgerald, James Salter, or Anita Brookner, you should be reading Vickers."—The Washington Post Book World
"A smart, haunting exploration of love and loss."—The New York Observer
"A former psychologist herself, Vickers brings an erudite precision and an elegant perception to her lyrically poetic testament to the vitality of love and the human capacity to both seek out and run from its ennobling grace."—Booklist
“Entertains even as it considers serious questions of sin and redemption, love and loss, what we venture in this life and the reckonings we may face in the great beyond.” —Francine Prose, People
“A book to place on the shelf next to Marilynne Robinson’s haunting Housekeeping and Penelope Fitzgerald’s serene The Blue Flower....Harold Bloom once observed that a sense of strangeness in a work of art was one likely sign of greatness. Instances of the Number 3 possesses such an utterly assured, if quiet originality.” —Michael Dirda, Crisis
“A testament to the craftiness and generosity of spirit of the author, whom one hopes to hear from much more.” —The Seattle Times
“Salley Vickers has a gift for making the most unlikely settings for fiction absolutely compelling....She is a brave writer....Fresh, intriguing, and enlightening.” —The Independent(London)