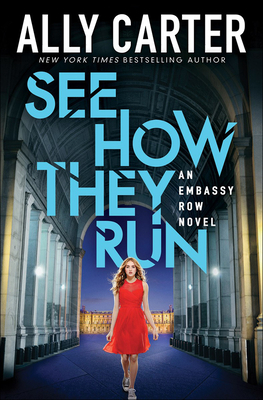 For the past three years, Grace Blakely has been desperate to find out the truth about her mother's murder. She thought it would bring her peace. She thought it would lead her to answers. She thought she could put the past to rest.
But the truth has only made her a target.
And the past?
The only way to put the past to rest is for Grace to kill it once and for all.
On Embassy Row, power can make you a victor or a victim; love can turn you into a fool or a fugitive; and family can lead you forward or bury you deep. Trust is a luxury. Death is a very real threat. And a girl like Grace must be very careful about which secrets she brings to light.

Ally Carter is the "New York Times" bestselling author of the Gallagher Girls and Heist Society series. Her books have been published all over the world, in over twenty languages. She grew up on a farm in Oklahoma and has never caused an international incident (to her knowledge). You can visit her online at www.allycarter.com.