The Third Wheel (Diary of a Wimpy Kid #7) (Prebound) 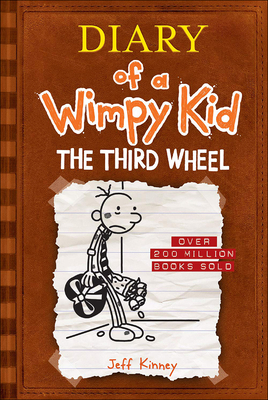 The Third Wheel (Diary of a Wimpy Kid #7) (Prebound)

This is book number 7 in the Diary of a Wimpy Kid series.

A Valentine's Day dance at Greg's school has turned his world upside down. As Greg scrambles to find a date, he's worried he'll be left out in the cold on the big night. His bestfriend, Rowley, doesn't have any prospects either but that's small consolation. Then an unexpected twist gives Greg a partner for the dance and leaves Rowley the odd man out. But a lot can happen in one night, and in the end, you never know who's going to be lucky in love.
Jeff Kinney is an online game developer and designer, and a #1 "New York Times" bestselling author. Jeff was named one of "Time" magazine's 100 Most Influential People in the World. He spent his childhood in the Washington, D.C., area and moved to New England in 1995. Jeff lives in southern Massachusetts with his wife and their two sons.