Home Is Not a Country (Paperback) 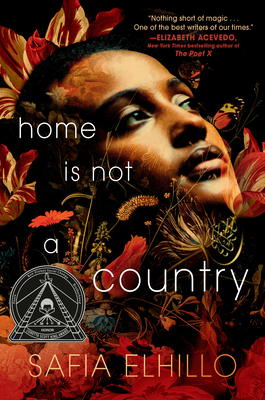 Home Is Not a Country (Paperback)


Coming Soon - Available for Pre-Order Now
(This book is not returnable.)
A mesmerizing novel in verse about family, identity, and finding yourself in the most unexpected places--for fans of The Poet X, I Am Not Your Perfect Mexican Daughter, and Jason Reynolds.

Nima doesn't feel understood. By her mother, who grew up far away in a different land. By her suburban town, which makes her feel too much like an outsider to fit in and not enough like an outsider to feel like that she belongs somewhere else. At least she has her childhood friend Haitham, with whom she can let her guard down and be herself. Until she doesn't.

As the ground is pulled out from under her, Nima must grapple with the phantom of a life not chosen, the name her parents didn't give her at birth: Yasmeen. But that other name, that other girl, might just be more real than Nima knows. And more hungry. And the life Nima has, the one she keeps wishing were someone else's...she might have to fight for it with a fierceness she never knew she had.

"Nothing short of magic.... One of the best writers of our times." --Elizabeth Acevedo, New York Times bestselling author of The Poet X
Safia Elhillo is the author of the poetry collection The January Children, which received the the 2016 Sillerman First Book Prize for African Poets and a 2018 Arab American Book Award.

Sudanese by way of Washington, DC, she holds an MFA from The New School, a Cave Canem Fellowship, and a 2018 Ruth Lilly and Dorothy Sargent Rosenberg Fellowship from the Poetry Foundation. Safia is a Pushcart Prize nominee, co-winner of the 2015 Brunel International African Poetry Prize, and listed in Forbes Africa's 2018 "30 Under 30." She is a 2019-2021 Stegner Fellow at Stanford University.

“A love letter to anyone who has ever been an outsider, or searched to understand their history, no matter where they come from.” —NPR

"Richly imagined [...] An immersive experience of the intersectionality of gender, class, race, religion, and identity." —The Horn Book