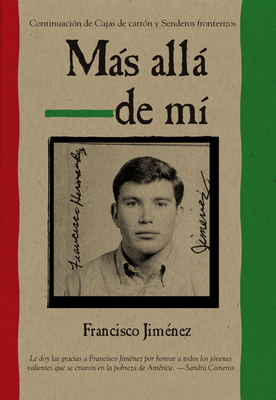 From the perspective of the young adult he once was, Francisco Jimenez describes the challenges he faces when continuing his education. During his college years, the very family solidarity that allows Francisco to survive as a child is tested. Not only must he leave his family when his goes to Santa Clara University, but while Francisco is there, his father abandons the family and returns to Mexico. This is the story of how Francisco copes with poverty, with his guilt over leaving his family financially strapped, with his self-doubt about succeeding academically, and with separation. Once again, his telling is honest and true—and inspiring.

Francisco Jiménez emigrated from Tlaquepaque, Mexico, to California, where he worked for many years in the fields with his family. He received both his master’s degree and his Ph.D. from Columbia University and is now the chairman of the Modern Languages and Literature Department at Santa Clara University, the setting of much of his newest novel, Reaching Out. He is the Pura Belpre Honor winning author of The Circuit, Breaking Through, and La Mariposa. He is also the recipient of the John Steinbeck Award. He lives with his family in Santa Clara, California.