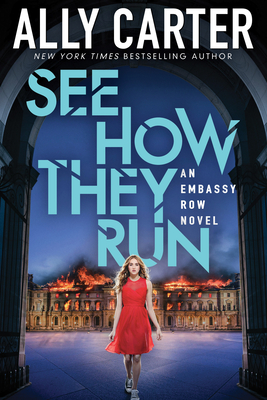 For the past three years, Grace Blakely has been desperate to find out the truth about her mother's murder. She thought it would bring her peace. She thought it would lead her to answers. She thought she could put the past to rest.But the truth has only made her a target.And the past?The only way to put the past to rest is for Grace to kill it once and for all.On Embassy Row, power can make you a victor or a victim; love can turn you into a fool or a fugitive; and family can lead you forward or bury you deep. Trust is a luxury. Death is a very real threat. And a girl like Grace must be very careful about which secrets she brings to light.

Praise for All Fall Down (Embassy Row Book One):
A New York Times Bestseller
“Carter knows how to construct a gripping thriller.” -- Publishers Weekly
“Action packed and meticulously plotted, All Fall Down keeps readers guessing.” -- Booklist
“With its intrigue and clever plot twists, this series opener will leave readers hungering
for more. -- SLJ
“Will appeal not only to psychological-thriller fans, but to those who want a little glamour, some A-list social politics, and a bit of high school nastiness mixed in with their suspense.” -- Kirkus Reviews
“Grace is a fighter, and she will stop at nothing to find out what happened to her mother. Readers will love this first book in what promises to be an exciting, thrilling mystery series.” -- VOYA
“An amazing book.” -- The Guardian