A Short Film About Disappointment: A Novel (Hardcover) 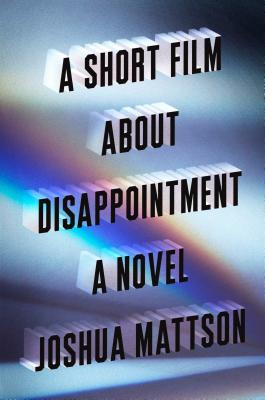 An ingenious novel about art and revenge, insisting on your dreams and hitting on your doctor, told in the form of 80 movie reviews

In near-future America, film critic Noah Body uploads his reviews to a content aggregator. His job is routine: watch, seethe, pan. He dreams of making his own film, free from the hackery of commercial cinema. Faced with writing about lousy movies for a website that no one reads, Noah smuggles into his work episodes from his trainwreck of a life.

We learn that his apartment in Miniature Aleppo has been stripped of furniture after his wife ran off with his best friend—who Noah believes has possessed his body. He's in the middle of an escalating grudge match against a vending machine tycoon with a penchant for violence. And he's infatuated with a doctor who has diagnosed him with a "disease of thought." Sapped by days performing the labor of entertainment, forced to voice opinions on cinema to earn his water rations, Noah is determined to create his own masterpiece, directed by and starring himself.

Written by a debut novelist with a rotten wit and a singular imagination, A Short Film About Disappointment is a story about holding on to a scrap of hope in a joyously crummy world of nanny states and New Koreas.

Joshua Mattson is a novelist from Northern Minnesota. He works in the service industry and A Short Film About Disappointment is his debut. He currently lives in Los Angeles.

“Mattson’s intelligence, in the form of knife-sharp observations and acrobatic language, takes the novel’s center stage.”—Booklist

“When dystopia subsumes the world, a hero must rise—at least, that's the kind of banal premise Noah Body expects of the films he reviews, or rather eviscerates, though he's so little read that his ‘criticism’ amounts to a solipsistic blog about his life and bad decisions. The future he inhabits is less operatically wicked than just stifling, and he has really no power, but he keeps dreaming of making real art and keeps screwing it up. In real life, Katniss Everdeen would be a pious adolescent bore—better to follow Noah and his messy humanity. One feels a little guilty for finding his suffering so funny.” —Zachary Mason, author of The Lost Books of the Odyssey

"A bracing gimlet of vintage ’60’s gonzo with a dash of Charley Brooker bitters, add a twist of Pauline Kael and get ready for this raucous, ambitious and thoroughly hilarious thousand proof debut." —Bradford Tatum, author of Only the Dead Know Burbank

“Joshua Mattson is a very talented and very funny writer.” —Ben Loory, author of Tales of Falling and Flying