To Obama: With Love, Joy, Anger, and Hope (Hardcover) 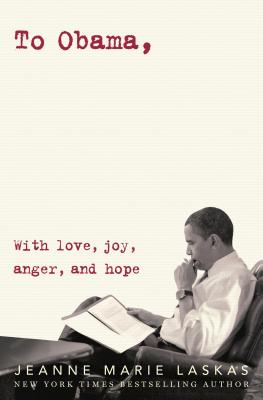 By Jeanne Marie Laskas
$28.00
Hard to Find. This book may be unable to order.

“An insightful study of a president who listened to even his harshest critics with grace and humility.”—The Washington Post

NAMED ONE OF THE BEST BOOKS OF THE YEAR BY GLAMOUR

Every evening for eight years, at his request, President Obama was given ten handpicked letters written by ordinary American citizens—the unfiltered voice of a nation—from his Office of Presidential Correspondence. He was the first president to interact daily with constituent mail and to archive it in its entirety. The letters affected not only the president and his policies but also the deeply committed people who were tasked with opening and reading the millions of pleas, rants, thank-yous, and apologies that landed in the White House mailroom.

In To Obama, Jeanne Marie Laskas interviews President Obama, the letter writers themselves, and the White House staff who sifted through the powerful, moving, and incredibly intimate narrative of America during the Obama years: There is Kelli, who saw her grandfathers finally marry—legally—after thirty-five years together; Bill, a lifelong Republican whose attitude toward immigration reform was transformed when he met a boy escaping MS-13 gang leaders in El Salvador; Heba, a Syrian refugee who wants to forget the day the tanks rolled into her village; Marjorie, who grappled with disturbing feelings of racial bias lurking within her during the George Zimmerman trial; and Vicki, whose family was torn apart by those who voted for Trump and those who did not.

They wrote to Obama out of gratitude and desperation, in their darkest times of need, in search of connection. They wrote with anger, fear, and respect. And together, this chorus of voices achieves a kind of beautiful harmony. To Obama is an intimate look at one man’s relationship to the American people, and at a time when empathy intersected with politics in the White House.

Praise for To Obama

“Beautifully researched and written . . . A moving and inevitably nostalgic or even elegiac read, redolent of the human grace and statesmanship of the Obama presidency.”—The Guardian

“These stories, when you read them all together, tell the American story. They’re inspirational, they’re frustrating, they’re angry, they’re grateful, they’re resilient.”—Valerie Jarrett

Jeanne Marie Laskas is the author of eight books, including the New York Times bestseller Concussion, the basis for the 2015 Golden Globe–nominated film starring Will Smith. She is a contributing writer at The New York Times Magazine, a correspondent at GQ, and a two-time National Magazine Award finalist. Her stories have also appeared in The New Yorker, The Atlantic, and Esquire. She serves as Distinguished Professor of English and founding director of the Center for Creativity at the University of Pittsburgh, and lives on a farm in Pennsylvania with her husband and two children.

“A sucker punch to the heart.”—Publishers Weekly