I Ching: The Book of Changes (Paperback) 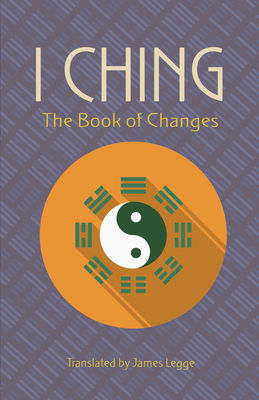 I Ching: The Book of Changes (Paperback)


Available to order! Usually Ships to Store in 3-5 Days.
I Ching was among "the five classics" edited by Confucius, and the philosopher is reputed to have wished for fifty more years of life to study it. The Book of Changes, as it is known in the Western world, dates back to before 1,000 B.C. and ranks among the most important works in the history of Chinese culture. The ancient text has provided inspiration to countless spiritual seekers of many persuasions.
One of the few divination manuals to survive into modern times, I Ching is of enormous significance to the history of religions and philosophy. Its profound influence extends to the worlds of business, psychoanalysis, literature, and art. This volume is the standard English translation by the great Sinologist James Legge, prepared for the series Sacred Books of the East. It contains the basic text attributed to King Wan and his son, the Duke of Chou, Appendixes usually ascribed to Confucius, an informative Preface by Legge, and extensive footnotes.
Scottish missionary James Legge (1815-97) was a scholar of Sinology most noted for his English translations of ancient Chinese texts. Oxford University's first Professor of Chinese, he wrote many books, including The Life and Teaching of Confucius, The Life and Teaching of Mencius, and The Religions of China.