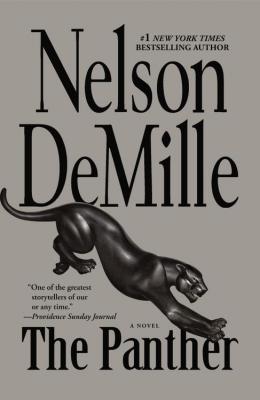 By Nelson DeMille
$15.00
Hard to Find. This book may be unable to order.

The Panther" is a fast-paced thriller, and Mr. DeMille offers a good number of gritty action scenes along with the snappy dialogue. Nelson DeMille, 69, a former infantry officer who served in Vietnam, also infuses the thriller with a good bit of information about the state of terrorism today."—The Washington Times on THE PANTHER