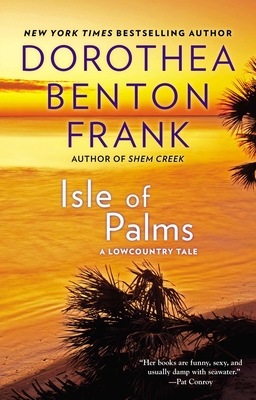 This is book number 3 in the Lowcountry Tales series.

New York Times bestselling author Dorothea Benton Frank takes readers on a rollicking ride in this Lowcountry tale about a woman whose unconventional friends and family show her the real meaning of unconditional love.

Anna Lutz Abbot considers herself independent and happy—until one steamy summer when her collegiate daughter comes home a very different person, her wild and wonderful ex-husband shows up on her doorstep, and her flamboyant new best friend takes up with Anna’s father. And the already hot temperatures are cranked up another ten degrees by Anna’s own fling with Arthur, who is, heaven help her, a Yankee.

Now Anna must face the fact that she isn’t as in control of her life as she’d thought. And she must find a way to deal with the whole truth—not just the comfortable parts.
Dorothea Benton Frank was born and raised on Sullivan's Island in South Carolina. She was the New York Times bestselling author of numerous novels, including Sullivan's Island, Plantation, Pawleys Island, Shem Creek, and Isle of Palms.
“Isle of Palms is as light and gratifying as a sand dollar just washed to shore.”—The Atlanta Journal and Constitution

“Entertaining…Garrulous, engaging Anna’s a treat, talking up a storm about life in the South Carolina Low Country as she makes her second coming of age. Really, it’s best just to take Anna’s initial advice—sit back, relax, sip some sweet tea and listen up. She’s got a story to tell.”—The Orlando Sentinel

“Beneath the Fannie Flagg-style jocularity and small town anecdotes lies a more serious subject: loneliness. Credit this unlikely cast of characters with having the strength to form unconventional loving relationships, an ad hoc family of sorts, to fill the void left by their less-than-perfect biological ones. Upbeat and uplifting, Anna’s song is one of hope in the face of modern realities for all those whose dreams have been derailed by circumstance.”—The Fort Myers News-Press