Behind the Bookcase (Hardcover) 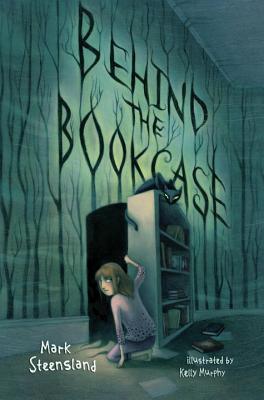 By Mark Steensland, Kelly Murphy (Illustrator)
$16.99
Out of Print - Contact us to order used copies.

A girl stumbles into a fantastic world in this tale perfect for fans of Coraline, Alice in Wonderland, and The Twilight Zone.

Spending the summer at her grandmother's house is the last thing Sarah wants to do—especially now that Grandma Winnie has died—but she has no choice. Her parents have to fix the place up before they can sell it, and Sarah and her brother, Billy, have to help. But the tedious work turns into a thrilling mystery when Sarah discovers an unfinished letter her grandmother wrote: Strange things are happening behind the bookcase. . . .

Sarah's mother dismisses the letter as one of Grandma Winnie's crazy stories, but Sarah does some investigating and makes a remarkable discovery: behind the bookcase is a doorway into Scotopia, the land where shadows come from. With a talking cat named Balthazat as her guide, Sarah begins an unforgettable adventure into a world filled with countless dangers. Who can she trust? And can she face her fears, not only in Scotopia, but also back at Grandma Winnie's house, where more secrets and strange goings-on await her?

MARK STEENSLAND became a journalist at the age of 18, writing about movies for such magazines as "Prevue and American Cinematographer." He has also directed, and produced numerous award-winning films that have played in festivals around the world. "Behind the Bookcase" is his first novel.