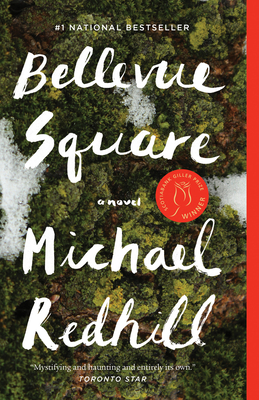 From Giller Prize-winning author Michael Redhill comes a literary thriller about a woman who fears for her sanity--and then her life--when she learns that her doppelganger has appeared in a local park.


Jean Mason has a doppelganger. She's never seen her, but others swear they have. Apparently, her identical twin hangs out in Kensington Market, where she sometimes buys churros and drags an empty shopping cart down the streets, like she's looking for something to put in it. Jean's a grown woman with a husband and two kids, as well as a thriving bookstore in downtown Toronto, and she doesn't rattle easily--not like she used to. But after two customers insist they've seen her double, Jean decides to investigate.

She begins at the crossroads of Kensington Market: a city park called Bellevue Square. Although she sees no one who looks like her, it only takes a few visits to the park for her to become obsessed with the possibility of encountering her twin in the flesh. With the aid of a small army of locals who hang around in the park, she expands her surveillance, making it known she'll pay for information or sightings. A peculiar collection of drug addicts, scam artists, philanthropists, philosophers and vagrants--the regulars of Bellevue Square--are eager to contribute to Jean's investigation. But when some of them start disappearing, she fears her alleged double has a sinister agenda. Unless Jean stops her, she and everyone she cares about will face a fate much stranger than death.

MICHAEL REDHILL is a novelist, poet, playwright and former publisher of Brick. He is the author of several acclaimed works including the novels Consolation, Martin Sloane--which was the 2001 Giller Prize finalist, and Bellevue Square, winner of the 2017 Giller Prize. He has also authored the short story collection Fidelity, and the poetry collection Light-Crossing. He lives in Toronto.

"To borrow a line from Michael Redhill's beautiful Bellevue Square, 'I do subtlety in other areas of my life.' So let's look past the complex literary wonders of this book, the doppelgangers and bifurcated brains and alternate selves, the explorations of family, community, mental health and literary life. Let's stay straightforward and tell you that beyond the mysterious elements, this novel is warm, and funny, and smart. Let's celebrate that it is, simply, a pleasure to read."  —The 2017 Scotiabank Giller Prize Jury

"The opening chapters of this new opus, Bellevue Square, stick closely to the grip-lit script: simple, compelling prose, sudden plot twists, looming violence and a female narrator who swiftly proves unreliable. But as the reader becomes more and more absorbed in the story, the book quietly becomes something else. Something mystifying and haunting and entirely its own. . . . Reading Bellevue Square is as captivating as it is unsettling. . . . This modern ghost story . . . will not soon be forgotten." —Toronto Star

"Bellevue Square is something of a performance. . . . In its taut span of 262 pages, Bellevue Square features several narrative and tonal hairpin turns. With each of these, our admiration for Redhill's storytelling dexterity burgeons. . . . I'd rather be lost in Redhill's ghost story than grounded in your average slab of tasteful literary realism." —The Globe and Mail

"Described often as a dark, comic thriller, Bellevue Square is packed full of themes keeping the reader a little off balance but always entertained." —Vancouver Sun

"Not since Paul Auster's City of Glass has there been a novel this engaging about doppelgangers and the psychological horror they wreak. . . . As chilling as that stranger you're pretty sure has been following you all afternoon." —The Title

"There's a boldness to [Bellevue Square] and, at its best, a genuine thrill." —The Walrus

"Sit yourself down in Bellevue Square and watch as parallel worlds collide. Redhill has written a mind-blowing brainteaser of a novel with plot twists worthy of David Lynch. A brilliant tribute to those among us whose brains are wired differently." —Neil Smith, author of Boo

"Even as we start doubting Jean we can’t stop loving her. Along the way, Redhill gives us a ton of twists and turns and makes Toronto one of the stars of the show." —NOW