United We Stand (We All Fall Down) (Paperback) 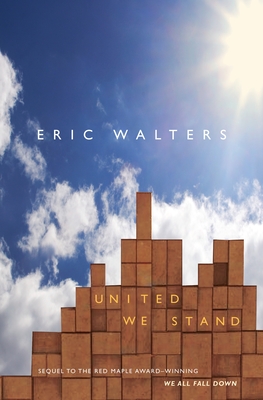 United We Stand (We All Fall Down) (Paperback)


This book may be unavailable. Please call us for price & availability: (316) 682-1181.
Dramatic, gripping, and moving, this sequel to the award-winning We All Fall Down will captivate readers.

It’s September 12th, 2001, and New York City is at a standstill: somber, bleak and shocked in the aftermath of the World Trade Center attacks. Will knows he and his father are lucky to have escaped; others, like his best friend James’ father are still missing . . . and soon presumed to be dead.

Poignant and dramatic, United We Stand is a young adult novel about heartache, self-discovery, and the power of friendship.
Eric Walters’ young adult novels have won numerous awards, including the Silver Birch, Blue Heron, Red Maple, Snow Willow, and Ruth Schwartz, and have received honours from UNESCO’s international award for Literature in the Service of Tolerance. He lives in Mississauga, Ontario.
Praise for We All Fall Down:
"The story is a vibrant and captivating tribute to the heroism of its two main characters and the memories of everyone who suffered on that tragic day when the Twin Towers fell."
--Books in Canada