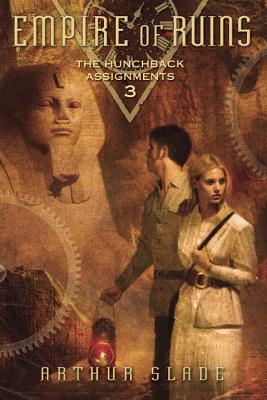 
Hard to Find. This book may be unable to order.
Secret agent Modo's next assignment? Find ancient Egyptian ruins hidden deep in the Australian jungle. The mysterious God Face is rumoured to be a powerful weapon—anyone who looks upon it has been driven mad. But Modo must find the God Face before the evil Clockwork Guild does!
ARTHUR SLADE has published several novels for young readers, including The Hunchback Assignments; Dark Deeps: The Hunchback Assignments 2; Jolted: Newton Starker's Rules for Survival; Megiddo's Shadow; Tribes; and Dust, which won the Governor General's Award for Children's Literature. He lives in Saskatoon, Saskatchewan, with his wife, Brenda Baker, and their daughter.