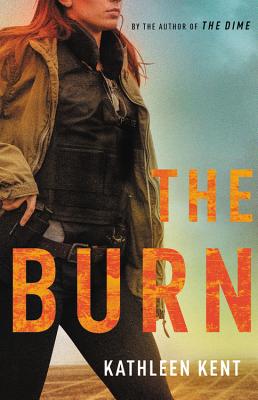 Rattled from a run-in with a cult and desperate for answers, Detective Betty Rhyzyk decides to go rogue—but her investigation leads straight into the dark underworld of the Dallas drug cartel.
"Deeply satisfying." —The Washington Post
"A labyrinth of a police procedural punctuated by non-stop action . . . Gripping." —Associated Press
There's not much that can make Detective Betty Rhyzyk flinch. But her wounds are still fresh from an encounter with an apocalyptic cult known as The Family, and she's having trouble readjusting to life as it once was. She's back at work as a narcotics detective, but something isn't right—at work, where someone has been assassinating confidential informants, or at home, where she struggles to connect with her loving wife, Jackie. To make matters worse, Betty's partner seems to be increasingly dependent on the prescription painkillers he was prescribed for the injuries he sustained rescuing her.
Forced into therapy, a desk assignment, and domestic bliss, Betty's at the point of breaking when she decides to go rogue, investigating her own department and chasing down phantom sightings of the cult leader who took her hostage. The chase will lead her to the dark heart of a drug cartel terrorizing Dallas, and straight to the crooked cops who plan to profit from it all. There's never a dull moment in Dallas, especially now that Detective Betty's back.

Kathleen Kent is the author of the Edgar Award-nominated The Dime, as well as three bestselling historical novels: The Heretic's Daughter, The Traitor's Wife, and The Outcasts. Kent lives in Dallas, TX.

"Deeply satisfying . . . [Betty is] an obsessive, borderline unstable, fascinating, Brooklyn-born seeker of truth. . . . With Betty Rhyzyk, Kathleen Kent brings those mean streets to life as excitingly as anybody has in years."
—The Washington Post

"Kent's Dallas setting is so meticulously drawn
that one can practically smell the streets, the sour odor of the street people.
All of her characters are memorable, and not a single one, even the minor
characters, is less than three dimensional."

"A suspenseful
mystery right up until the end --- and an effective exploration of trauma and
its ongoing repercussions, not only for survivors but also for those who care
about, and for, them."

PRAISE FOR THE DIME:
"Exciting [and] moving... Grisly but likable."
—The Wall Street Journal

"Terrific... Kent's own ability to avoid predictable outcomes and keep the reader on edge bodes well for future installments in this series."
—Chicago Tribune