Power and Justice in Medieval England: The Law of Patronage and the Royal Courts (Yale Law Library Series in Legal History and Reference) (Hardcover) 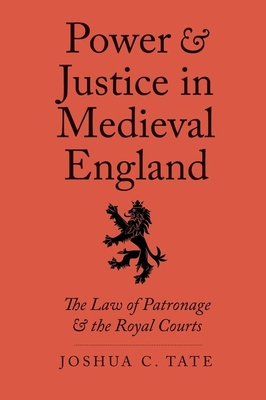 Power and Justice in Medieval England: The Law of Patronage and the Royal Courts (Yale Law Library Series in Legal History and Reference) (Hardcover)


This book may be unavailable. Please call us for price & availability: (316) 682-1181.
How the medieval right to appoint a parson helped give birth to English common law

Appointing a parson to the local church following a vacancy—an “advowson”—was one of the most important rights in medieval England. The king, the monasteries, and local landowners all wanted to control advowsons because they meant political, social, and economic influence. The question of law turned on who had the superior legal claim to the vacancy—which was a type of property—at the time the position needed to be filled.

In tracing how these conflicts were resolved, Joshua C. Tate takes a sharply different view from that of historians who focus only on questions of land ownership, and he shows that the English needed new legal contours to address the questions of ownership and possession that arose from these disputes. Tate argues that the innovations made necessary by advowson law helped give birth to modern common law and common law courts.
Joshua C. Tate is a professor of law at the SMU Dedman School of Law. He is an academic fellow of the American College of Trust and Estate Counsel and serves the Selden Society as a member of the council and as the honorary treasurer for the United States.
“A praiseworthy and original investigation of a subject that straddled the line between secular and spiritual: the early history of the English common law of advowsons.”—R.H. Helmholz, University of Chicago Law School


"Tate brings to this book just the qualities it needs: he asks the right questions and knows the common law and canon law materials which supply the answers. His study makes a significant contribution to our understanding of an important part of the early English Common Law."—Paul Brand, University of Oxford

“It has been a great pleasure to watch what began as a tentative, but intriguing, doctoral dissertation turn through a series of articles on seemingly small points into the small masterpiece that is this book.”—Charles Donahue Jr., Harvard Law School