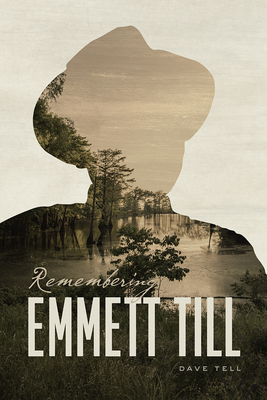 Take a drive through the Mississippi Delta today and you’ll find a landscape dotted with memorials to major figures and events from the civil rights movement. Perhaps the most chilling are those devoted to the murder of Emmett Till, a tragedy of hate and injustice that became a beacon in the fight for racial equality. The ways this event is remembered have been fraught from the beginning, revealing currents of controversy, patronage, and racism lurking just behind the placid facades of historical markers.

In Remembering Emmett Till, Dave Tell gives us five accounts of the commemoration of this infamous crime. In a development no one could have foreseen, Till’s murder—one of the darkest moments in the region’s history—has become an economic driver for the Delta. Historical tourism has transformed seemingly innocuous places like bridges, boat landings, gas stations, and riverbeds into sites of racial politics, reminders of the still-unsettled question of how best to remember the victim of this heinous crime. Tell builds an insightful and persuasive case for how these memorials have altered the Delta’s physical and cultural landscape, drawing potent connections between the dawn of the civil rights era and our own moment of renewed fire for racial justice.

Dave Tell is professor of communication studies at the University of Kansas and the principal investigator of the Emmett Till Memory Project.

“A 2019 Book of the Year. . . A fine history of racism, poverty and memory in the Mississippi Delta told through the lynching of Emmett Till, a black 14-year-old from Chicago whose murder in 1955—and his mother’s determination to display his mutilated features in an open coffin—made him an early martyr of the civil-rights movement.”
— The Economist

“Tell, the principal investigator of the Emmett Till Memory Project, takes readers through thickets of politics and commemoration, of fact and fiction, and of local communities trying to leverage civil rights histories to which they may not have strong connections. . . .  A book with broad application to the study of the civil rights movement but particularly useful for students and practitioners of local history and civic tourism.”
— Kirkus Reviews

“Remembering Emmett Till sets the bar for future work on memory, civil rights, and the case that arguably gave the movement its legs. With deft archival work and savvy on-the-ground sleuthing, Tell unearths from the unrelenting Delta landscape many secrets locals have longed to keep buried. Accessible, engaging, and a page-turner from the jump.”
— Davis W. Houck, coauthor of Emmett Till and the Mississippi Press

“Tell has written the Emmett Till book still begging to be written. The tragedy of this case gave it a place in history books, but its place in American memory was far more complicated. Revisionist history is one thing; rewriting history is another. Tell’s argument that race and geography were at the core of that rewriting makes for a compelling and convincing read. As Tell shows, collective forgetting, willfully done, has created a new layer of tragedy to the Emmett Till story.”
— Devery S. Anderson, author of Emmett Till: The Murder That Shocked the World and Propelled the Civil Rights Movement

“With almost surgical precision, Tell unpacks what he presciently calls ‘the deep intertwining of race, place, and commemoration’ in his brilliant new history of the remembrance of Emmett Till. Excellent histories of this 1955 murder abound, but no one until now has told the multilayered and painfully tangled history of Till’s commemoration in the Mississippi Delta. This may be the single greatest ‘history of memory’ I have ever read.”
— James Young, author of The Stages of Memory: Reflections on Memorial Art, Loss, and the Spaces Between

"Remembering Emmett Till is an expertly rendered and original study of an acutely important episode in modern national memory. Tell shows, in evocative detail, how collective patterns and projects of commemoration can be both necessary and confounding, social and topographical, found and invented, tragic and reconstructive. In doing so, Tell blends ideas, places, artifacts, and evidence together in new ways so that readers may revisit, with striking implications, the question of how best to commemorate a historical injustice that will not--and, as Tell suggests, should not--leave us alone."
— Bradford Vivian, author of Commonplace Witnessing: Rhetorical Invention, Historical Remembrance, and Public Culture

“A fine history of racism, poverty and memory in the Mississippi Delta told through the lynching of Emmett Till, a black 14-year-old from Chicago whose murder in 1955—and his mother’s determination to display his mutilated features in an open coffin—made him an early martyr of the civil-rights movement.”
— The Economist