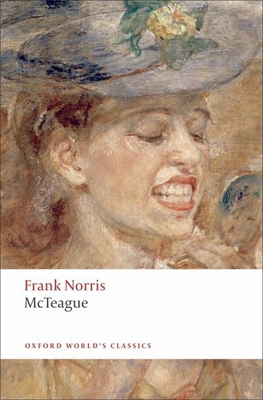 Inspired by an actual crime that was sensationalized in the San Francisco papers, this novel tells the story of charlatan dentist McTeague and his wife Trina, and their spiralling descent into moral corruption. Norris is often considered to be the "American Zola," and this passionate tale of greed, degeneration, and death is one of the most purely naturalistic American novels of the nineteenth century. It is also one of the first major works of literature set in California, and it provided the story for Erich von Stroheim's classic of the silent screen, Greed. About the Series: For over 100 years Oxford World's Classics has made available the broadest spectrum of literature from around the globe. Each affordable volume reflects Oxford's commitment to scholarship, providing the most accurate text plus a wealth of other valuable features, including expert introductions by leading authorities, voluminous notes to clarify the text, up-to-date bibliographies for further study, and much more.