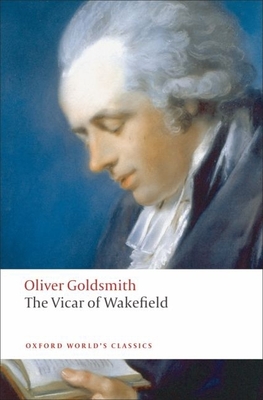 
Backordered
Oliver Goldsmith's hugely successful novel of 1766 remained for generations one of the most highly regarded and beloved works of eighteenth-century fiction. It depicts the fall and rise of the Primrose family, presided over by the benevolent vicar, the narrator of a fairy-tale plot of impersonation and deception, the abduction of a beautiful heroine and the machinations of an aristocratic villain. By turns comic and sentimental, the novel's popularity owes much to its recognizable depiction of domestic life and loving family relationships.
New to this edition is an introduction by Robert L. Mack that examines the reasons for the novels enduring popularity, as well as the critical debates over whether it is a straightforward novel of sentiment or a satire on the social and economic inequalities of the period and the very literary conventions and morality it seems to embody. This edition also includes a new, up-to-date bibliography and expanded notes, and contains reprints of Arthur Friedman's authoritative Oxford English Novels text of the corrected first edition of 1766. About the Series: For over 100 years Oxford World's Classics has made available the broadest spectrum of literature from around the globe. Each affordable volume reflects Oxford's commitment to scholarship, providing the most accurate text plus a wealth of other valuable features, including expert introductions by leading authorities, voluminous notes to clarify the text, up-to-date bibliographies for further study, and much more.