The Parrot in the Mirror: How Evolving to Be Like Birds Makes Us Human (Hardcover) 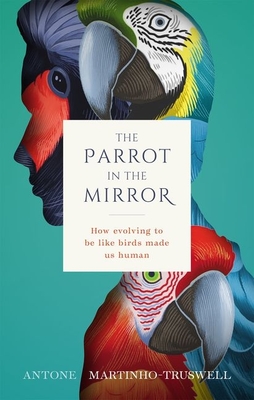 The Parrot in the Mirror: How Evolving to Be Like Birds Makes Us Human (Hardcover)


On Our Shelves Now
How similar are your choices, behaviours, and lifestyle to those of a parrot? We humans are not like other mammals. We look like them, but we don't act like them. In fact, many of our defining human traits: our longevity, intelligence, monogamy and childrearing, and learning and language, all deep parts of what it means to be human, are far more similar to birds than to our fellow mammals. These similarities originate not from shared ancestors but from parallel histories. Our evolutionary stories have pushed humans and birds to the same solutions. In this book, Antone Martinho-Truswell explores these similarities to argue that we can learn a great deal about ourselves by thinking of the human species as 'the bird without feathers'. This is also a book about convergent evolution - evolution that drives very different species to very similar outcomes and behaviours. The traits we share with birds but not mammals are the result of similar, specific pressures that demanded similar solutions - and exploring these similarities can help us understand both why we evolved to be the way we are, and also how very unusual some of our behaviours are in the animal kingdom, Drawing on a rich array of examples across the natural world, Martinho-Truswell also demonstrates the ways in which parrots are our biological mirror image; an evolutionary parallel to ourselves. In contemplating what we share with the birds, and especially the parrots, we understand how close nature came to creating another lineage of radical intelligence on Earth, and we also come to better understand ourselves.

Antone Martinho-Truswell, Dean, Graduate House, St Paul's College, University of Sydney Antone Martinho-Truswell is a behavioural ecologist whose work focuses on animal minds and learning, especially in birds and cephalopods, intelligent species whose evolutionary history differs dramatically from that of mammals. He has been published in Science, Proceedings of the Royal Society B, Current Biology, and elsewhere, and has been covered in The New York Times, The Atlantic, The Times, and The New Scientist, as well as on BBC Radio and TalkRadio. He has also written on longstanding questions in biology, animal behaviour, and human society for Aeon and the BBC. Martinho-Truswell is currently Dean of Graduate House at St Paul's College, Sydney, and was previously Fellow in Biology at Magdalen College, Oxford.