The Death and Life of the Urban Commonwealth (Paperback) 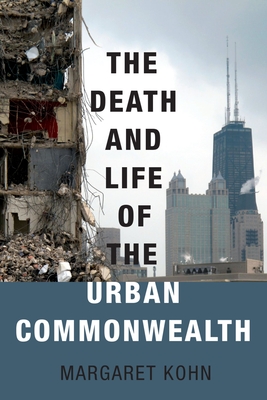 The city is a paradoxical space, in theory belonging to everyone, in practice inaccessible to people who cannot afford the high price of urban real estate. Within these urban spaces are public and social goods including roads, policing, transit, public education, and culture, all of which have been created through multiple hands and generations, but that are effectively only for the use of those able to acquire private property. Why should this be the case? As Margaret Kohn argues, when people lose access to the urban commons, they are dispossessed of something to which they have a rightful claim - the right to the city. Political theory has much to say about individual rights, equality, and redistribution, but it has largely ignored the city. In response, Kohn turns to a mostly forgotten political theory called solidarism to interpret the city as a form of common-wealth. In this view, the city is a concentration of value created by past generations and current residents: streets, squares, community centers, schools and local churches. Although the legal title to these mixed spaces includes a patchwork of corporate, private, and public ownership, if we think of the spaces as the common-wealth of many actors, the creation of a new framework of value becomes possible. Through its novel mix of political and urban theory, The Death and Life of the Urban Commonwealth proposes a productive way to rethink struggles over gentrification, public housing, transit, and public space.

Margaret Kohn is Professor of Political Science at the University of Toronto.