I Ching: The Essential Translation of the Ancient Chinese Oracle and Book of Wisdom (Penguin Classics Deluxe Edition) (Paperback) 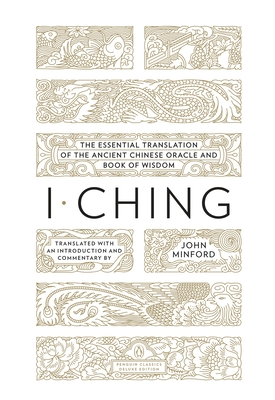 I Ching: The Essential Translation of the Ancient Chinese Oracle and Book of Wisdom (Penguin Classics Deluxe Edition) (Paperback)


Available to order! Usually Ships to Store in 3-5 Days.
From the acclaimed translator of the Tao Te Ching and The Art of War, his award-winning translation of the ancient Chinese oracle and book of wisdom, in a stunning Penguin Classics Deluxe Edition

Pose a question, then toss three coins (or cast your yarrow stalks) to access the time-honored wisdom of the I Ching.

The I Ching, or Book of Change, has been consulted through the ages, in both China and the West, for answers to fundamental questions about the world and our place in it. The oldest extant book of divination, it dates back three thousand years to ancient shamanistic practices involving the ritual preparation of the shoulder bones of oxen. From this early form of communication with the other world, it has become the Chinese spiritual book par excellence. An influence on such cultural icons as Bob Dylan, John Cage, Merce Cunningham, Philip K. Dick, and Philip Pullman, the I Ching is turned to by millions around the world for insights on spiritual growth, business, medicine, genetics, game theory, strategic thinking, and leadership, and of course for the window it opens on China.

This new translation, over a decade in the making, is informed by the latest archaeological discoveries and features a gorgeously rendered codex of divination signs—the I Ching’s sixty-four Tarot-like hexagrams. It captures the majesty and mystery of this legendary work and charts an illuminating path to self-knowledge.

For more than seventy years, Penguin has been the leading publisher of classic literature in the English-speaking world. With more than 1,700 titles, Penguin Classics represents a global bookshelf of the best works throughout history and across genres and disciplines. Readers trust the series to provide authoritative texts enhanced by introductions and notes by distinguished scholars and contemporary authors, as well as up-to-date translations by award-winning translators.
John Minford (editor/translator) is the award-winning translator of the Viking Penguin editions of the Tao Te Ching and The Art of War and an emeritus professor of Chinese at the Australian National University.