The Awakening and Selected Stories (Paperback) 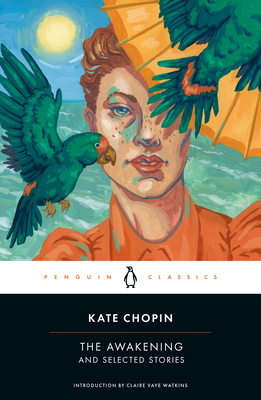 The Awakening and Selected Stories (Paperback)


Available to order! Usually Ships to Store in 3-5 Days.
Kate Chopin's groundbreaking depiction of a woman who dares to defy the expectations of society in the pursuit of her desire

For more than seventy years, Penguin has been the leading publisher of classic literature in the English-speaking world. With more than 1,700 titles, Penguin Classics represents a global bookshelf of the best works throughout history and across genres and disciplines. Readers trust the series to provide authoritative texts enhanced by introductions and notes by distinguished scholars and contemporary authors, as well as up-to-date translations by award-winning translators.
Kate Chopin (1851-1904) did not write until she was thirty-six years old. Her first novel, At Fault (1890), had difficulty finding a publisher, so she brought it out at her own expense. From her many stories, she culled two well-reviewed collections: Bayou Folk in 1894 and A Night in Acadie in 1897. The Awakening, now her best-known work, appeared in 1899.

Claire Vaye Watkins is the author of Battleborn and Gold Fame Citrus. Her stories and essays have appeared in Granta, One Story, The Paris Review, Ploughshares, and elsewhere. A Guggenheim Fellow, one of the National Book Foundation's "5 Under 35" and Granta's "Best Young American Novelists," Claire is the director and co-founder of the Mojave School, a festival of art and literature in the Mojave Desert.
"A Creole Bovary is this little novel of Miss Chopin's."
--Willa Cather