A Dress for the Wicked (Paperback) 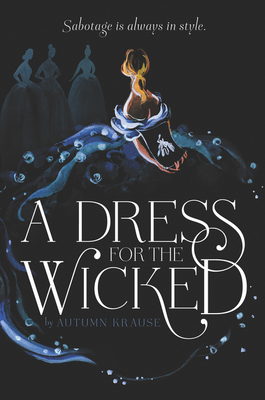 A Dress for the Wicked (Paperback)

Betrayal has never been so fashionable than in Autumn Krause’s glamorous debut, perfect for fans of The Belles and The Luxe.

True to its name, the sleepy town of Shy in Avon-upon-Kynt is a place where nothing much happens. And for eighteen years, Emmaline Watkins has feared that her future held just that: nothing.

But when the head of the most admired fashion house in the country opens her prestigious design competition to girls from outside the stylish capital city, Emmy’s dreams seem closer than they ever have before.

As the first “country girl” to compete, Emmy knows she’ll encounter extra hurdles on her way to the top. But as she navigates the twisted world of high fashion, she starts to wonder: Will she be able to tailor herself to fit into this dark, corrupted race? And at what cost?

Autumn Krause was born and raised in Los Angeles, California. She attended Biola University for her undergrad and worked as a wedding gown stylist at an upscale bridal salon in Beverly Hills while getting her MFA in creative writing for children and young adults. She lives in Orange County, California, with her husband and daughter. She can be found online at www.autumnkrause.com.

“Set in an alternate Victorian London–like past, this blends competition and cooperation for compelling drama. A unique debut with plenty of flair.”
— Booklist

“Krause deftly handles the oft-belittled personal and political power of clothing, and fans of couture and fabulous fashion will enjoy the extravagant clothing and glamorous world that Emmy is determined to enter.”
— Bulletin of the Center for Children’s Books

“No one expects Emmaline, a girl from the country, will have anything to offer. Forced to adapt to a ruthless environment, Emmaline will surprise them — and surprise herself, too. If you binge Project Runway and gobble down YA dystopias, then A Dress For the Wicked is for you.”
— Refinery 29