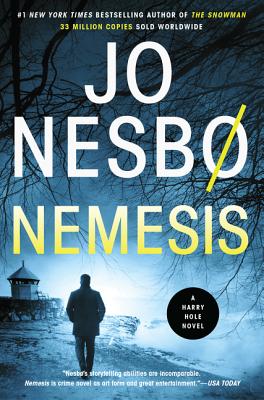 Detective Harry Hole must use his maverick methods once again as he investigates a slew of brutal bank robberies and the suspicious suicide of a female artist in this clever and harrowing installment in the Harry Hole series from the author of The Snowman.

Captured on closed-circuit television: A man walks into an Oslo bank, puts a gun to a cashier's head, and tells her to count to twenty-five. When he doesn't get his money fast enough, he pulls the trigger. The young woman dies—and two million Norwegian kroner disappear without a trace.

After a drunken evening with former girlfriend Anna Bethsen, Police Detective Harry Hole wakes up at home with a headache, no cell phone, and no memory of the past twelve hours. The same day, Anna is found shot dead in her bedroom, making Hole a prime suspect in the investigation led by his hated adversary, Tom Waaler. Meanwhile, the bank robberies continue with unparalleled savagery, sending rogue detective Hole from the streets of Oslo to steaming Brazil in a race to close two cases and clear his name. But Waaler isn't finished with his longtime nemesis quite yet.